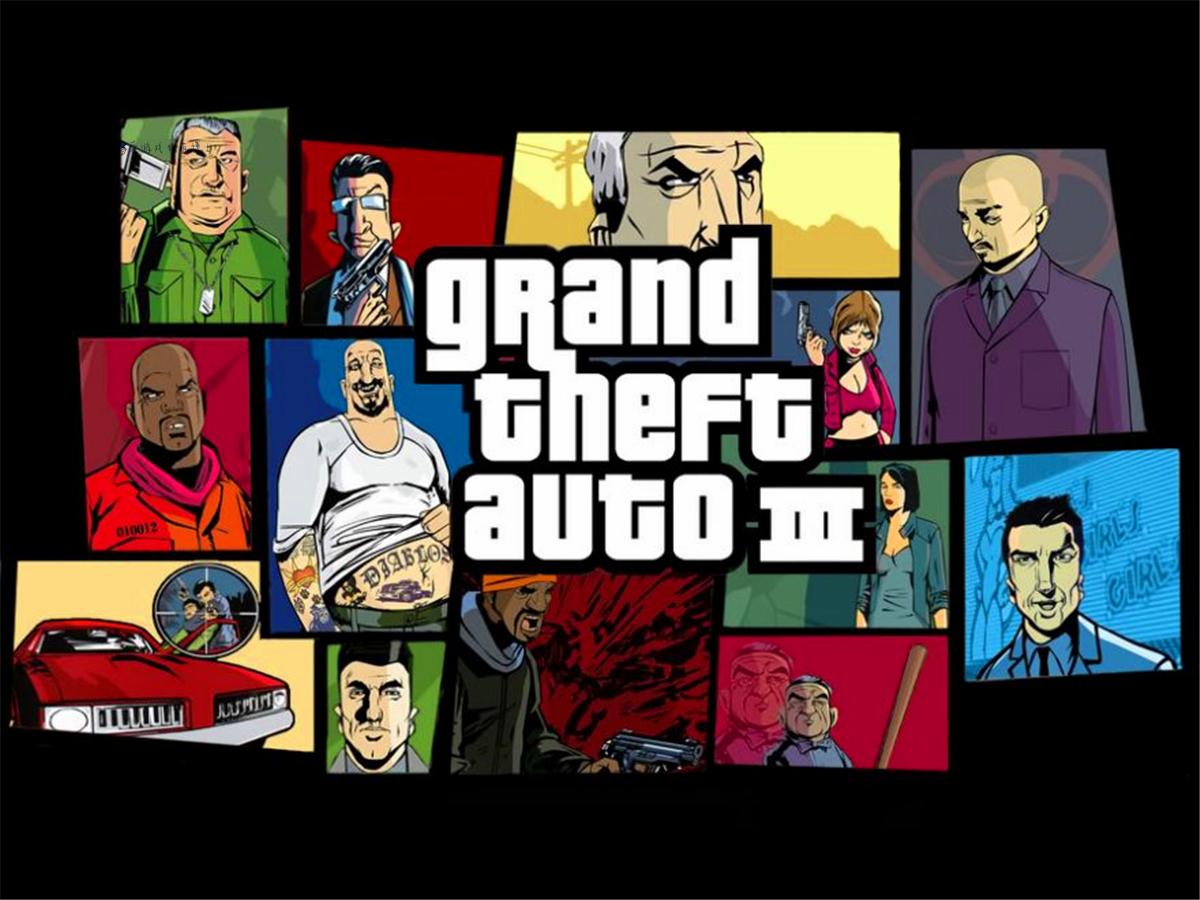 “Grand Theft Auto 3” perfectly combines a variety of different fun such as racing, role-playing and action shooting. In the game, you need to drive and complete difficult actions to get extra rewards; you need to complete tasks to make money and make money. Improve your status; also take up firearms to fight one-on-one with the enemy. More importantly, these fun appeals are not placed on their respective hardcore players, but on a wider range of ordinary players. The game does not require you to have high driving skills, you do not need to have very agile skills, and you do not need to upgrade your character desperately. This may not suit the taste of racing fans, shooting fans and role-playing fans, but it makes you afraid of frustration. Ordinary players can enjoy more fun, and this market is the focus of competition among game companies.

The protagonist Claude and his girlfriend Catelina came to Liberty City from San Andreas to make a big deal. Unexpectedly, his girlfriend betrayed him, and Claude was arrested. On the way to prison, Claude met No. 8 ball. He happened to go to the prison with an important person in the car, so the escort car was intercepted, and the important person was stopped by Colombia. The gang took it away, and Claude and the No. 8 ball also hitchhiked to get free. Claude and the “Number 8 Ball” are developing their careers in Liberty City.

Later, Claude learned that his betrayed girlfriend Catelina began to hunt him everywhere, and finally Claude went to the party single-handedly and eliminated the Columbia Gang and Catelina in one fell swoop. In this game, the combat system belongs to the mission mechanism. You can fight in the mission or when there is no mission. Everyone has the same health value. When a bullet fired by a weapon hits an enemy, it will cause damage to the enemy. The game has combat missions. If these missions begin, the battle is determined to start, and if the corresponding enemy is killed or the corresponding goal is completed, the battle is determined to be over. The lock setting of the game makes the game’s fighting, shooting, combat skills and weapons more mature.

Vehicle combat has always been the main feature of this series of games. Players can enter the vehicle normally. When the protagonist is in the vehicle, all attacks will be borne by the vehicle. The vehicle can squeeze the enemy to the ground and immobilize when it is moving. The character can shoot freely to both sides in the vehicle, but cannot fight melee. Except for some special vehicles with heavy machine guns and missiles, other vehicles have no weapons; except for the system-bound part of the vehicle warfare, other weapons can be used. The weapons for vehicle warfare are all submachine guns. You can use the inventory after getting off the car All the weapons in it. To win in a vehicle battle, you need to master the skills, hit the back of the opponent’s vehicle to make it lose control; force to stop in the corner and continue to hit the opponent’s vehicle to reduce its durability, and finally the vehicle explodes to win the vehicle battle.

” Grand Theft Auto 3 ” missions include many missions about the protagonist. There are main tasks and optional side tasks, which increase the playability and freedom of the game. Some details before some missions do not seem to be important, such as whether to go to the weapon store to buy some weapons to make full preparations before starting some missions. However, the decision of these details may determine the success or failure of the mission. Although the decisions made by the protagonist are not important to the game, these decisions may also affect the outcome of the mission. The protagonist needs to go to the task point to trigger the task, and there is only one way to complete the task. The task is of fixed difficulty and mode, which cannot be selected or changed.

There are some easter eggs in the game, such as graffiti to commemorate the September 11 incident, two colors of police cars, baseball bats, the World Trade Center, and Liberty City University based on New York University. The easter egg has no plot, will not trigger, and won’t get anything. The egg system is not an important content or task in the game, but a hidden content made by Rockstar Games. The game is complete without deletion, lossless suppression, integrated crack patch and Chinese patch v1.0, just unzip it to play!